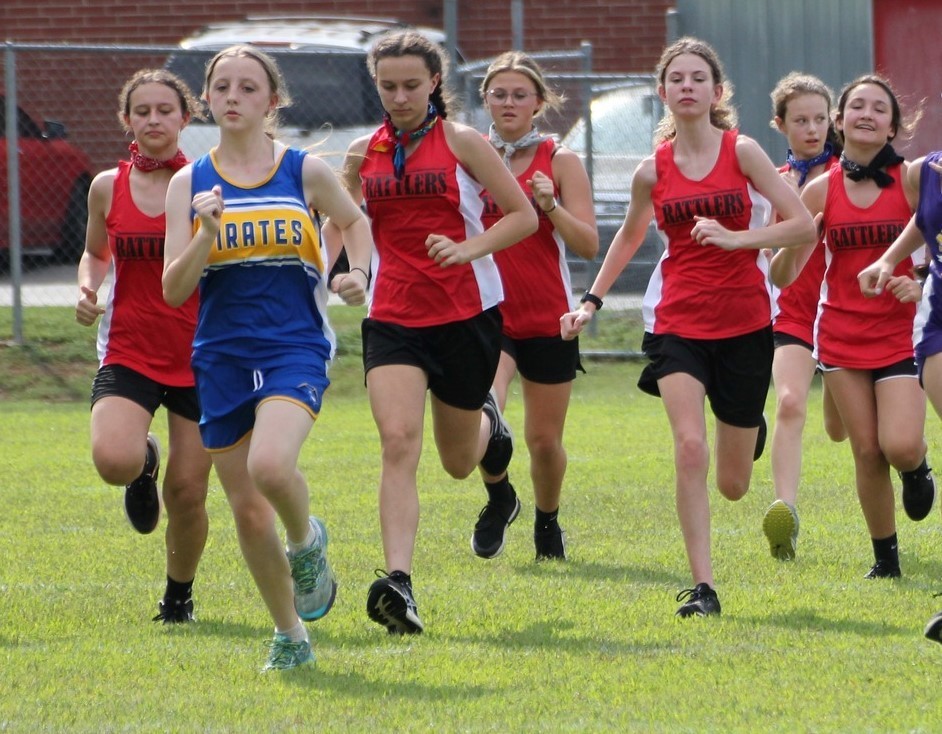 MAGAZINE – After posting a personal-record performance in the season-opening Shiloh Christian Saints Invitational over the Labor Day weekend, Elizabeth Merritt picked up where she left off here Tuesday afternoon in the Magazine Lady Rattlers’ home opener.

Running in hot and humid conditions, Merritt covered the 1 ½ -mile course in 9:14 to win the first of two home cross country meets for Magazine this season. Macejewski finished runner-up in the 31-runner event with a time of 9:19. Acorn’s Bella Tedder was third (10:27), followed in the Top 5 by Mansfield’s Laney Wood (10:46) and Jadelyn Wood (11:02).

Waldron, which placed three runners in the Top 10, won the event. Mansfield was second, and Danville was third.

Merritt began the season with a runner-up finish in the 1A-4A Division of the Saints Invitational in Springdale, a 5k event that drew 51 runners. Merritt, who finished 10th overall among all classifications, covered the course in a time of 21:32.05, just behind winner Julia Whorton of Gravette with a time of 20:42.43.

Freshman Phoebe Hopper covered the course in 10:32 to finish runner-up in the junior high girls race, which drew 80 runners. Cedarville’s Emily McCutcheon won the event with a time of 10:17.

Hopper’s performance helped lead the Junior Lady Rattlers to a runner-up finish in the six-team event. DeQueen, which had three runners finish in the Top 20, won the event. Waldron was third, followed by Acorn, Lavaca and Danville.

Seventh-grader Connor Hopper finished 54th in the 63-runner junior high boys race, covering the 1 ½-mile course in a time of 14:41.

DeQueen’s Jakrys Munoz won the event with a time of 8:28, helping the Junior Leopards win the event over runner-up Mansfield. Waldron was third, followed by Lamar, Booneville and Lavaca.