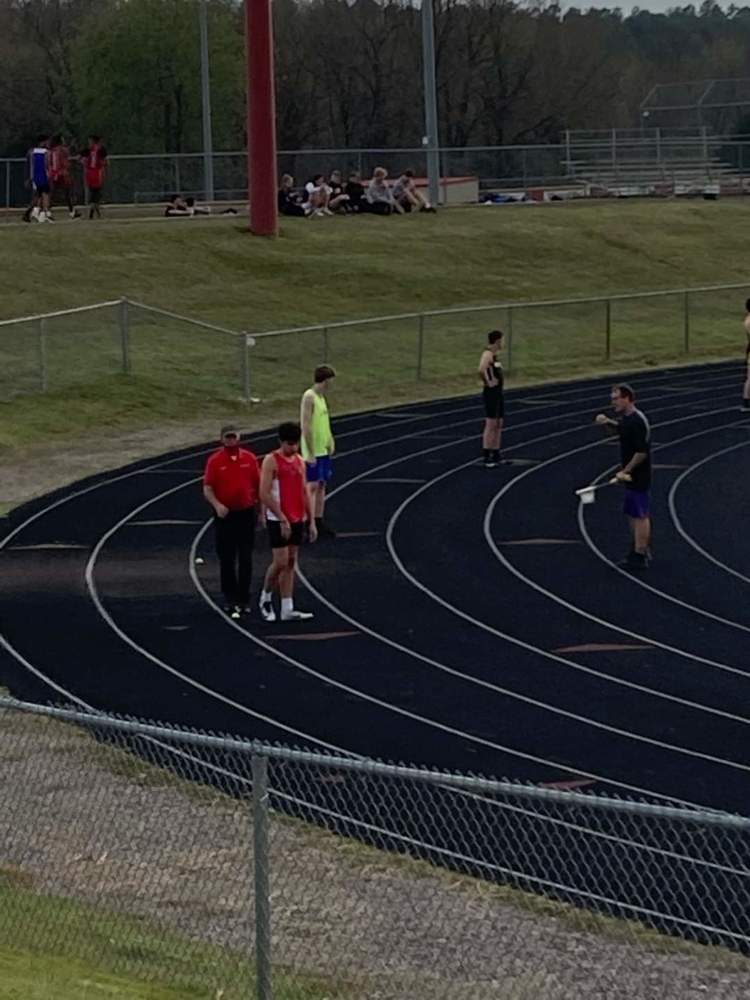 We had a nice start to the season with some nice showings at Fayetteville followed by two home meets. Then came spring break.  We opened up the second half of our season at Mansfield last night and showed off in some events.  Ashton Droemer won the long jump and took silver in the triple jump with a PR. He also PRed and took 7th in the 100m dash along with anchoring the 4x200m relay team to a 5th place finish (Connor Ryan, Carlos Marcos, and Diego Hernando).  Reese Nietert took 5th in long jump.  Trace Nicholas 7th in discus. and Ben Chenowith 8th in the triple jump with a big PR.  The Rattlers finished 8th among 26 schools that competed.  Waldron is on the schedule for next week.      Rattler Pride!!