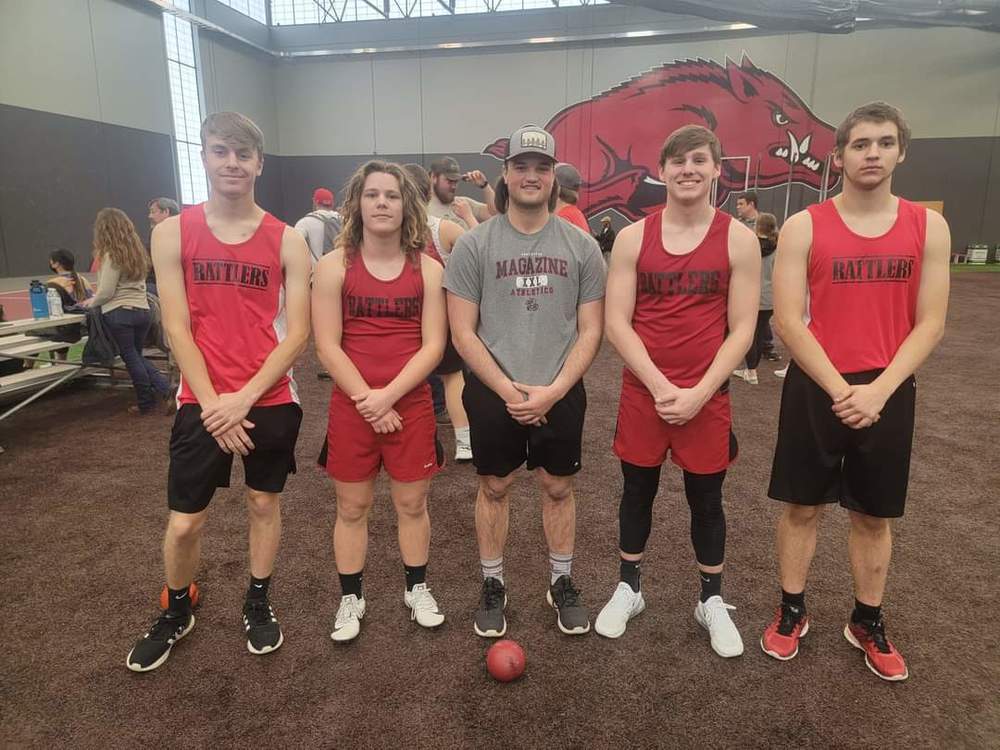 Due to inclement weather and basketball tournaments being pushed back, Magazine had limited squads at the State Championships this year.  That did not deter them from performing to their normal level of excellence as Elizabeth Merritt took a gold and a silver in the two distance runs; Ashton Droemer took silver with a PR in the long jump before heading off to the regional tourney.   Trace Nicholas Pred in the shot put, Connor Ryan and AJ Malouf scored in the distance races, and Reese Nietert scored in the 400m dash.