Quiz Bowl is an academic competition between two teams from different schools. It is regulated by the Arkansas Activities Association in much the same way as competitive sports, and matches are often as intense as athletic competitions. Magazine’s junior and senior high teams regularly place high enough at their regional tournaments to advance to the state tournament. These teams have been coached by Donna Riddle for most of the past seventeen years, and she has been joined the past four years by Thomas Riddle, who was the MVP of the 2010 Arkansas 2A state tournament. For the past three years, Alisa Green has coached the Magazine elementary teams, who have also had great success at their tournaments. 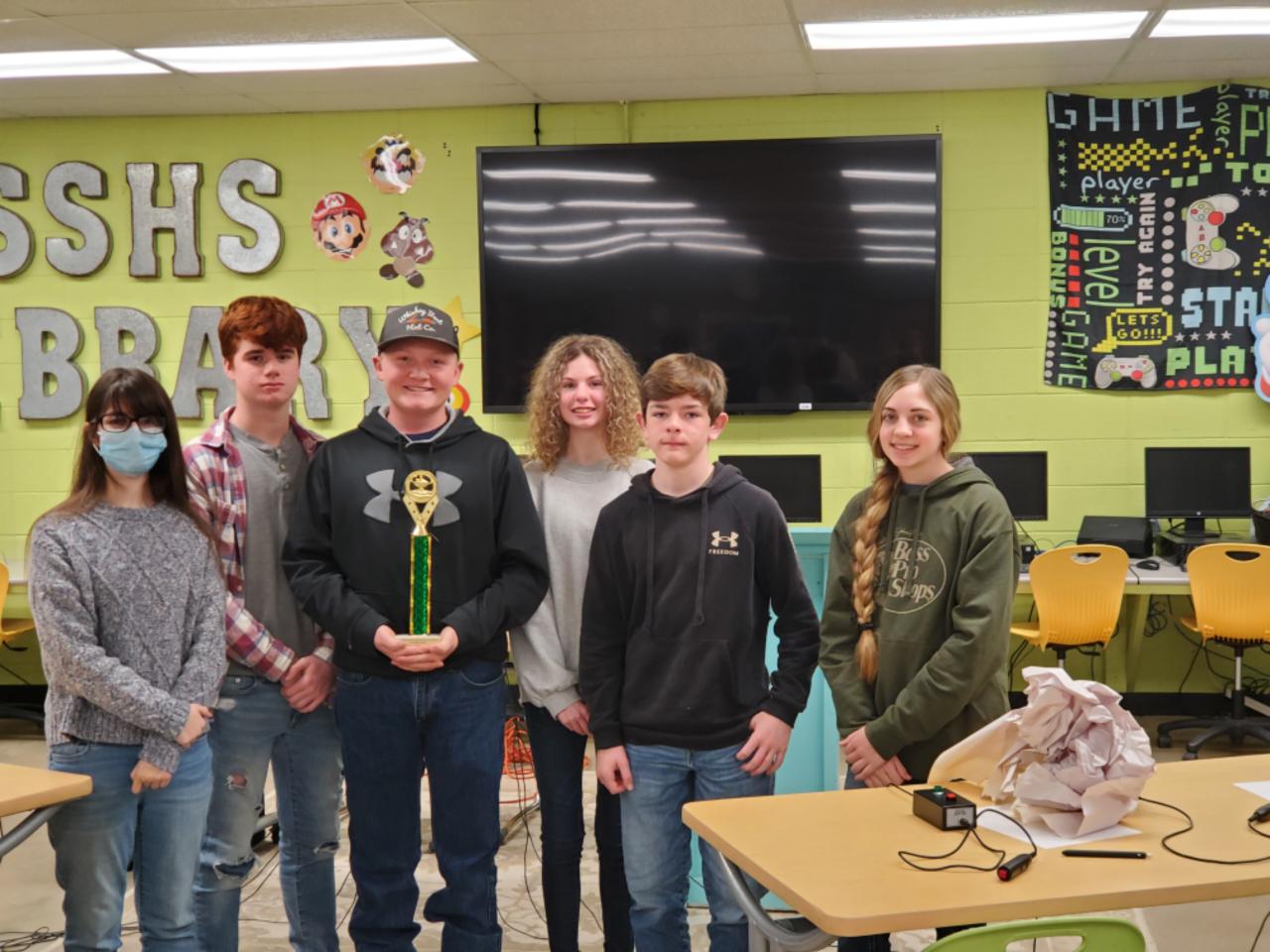 This year's Junior High Quiz Bowl team qualified for Junior High Finals with a representative in the all-tournament team.

Quiz Bowl teams consist of five players and as many as seven substitutes. Play is in four quarters, with the first and fourth quarters consisting of twenty toss-up questions in which players use buzzers to earn the right to answer a question. The first person to buzz in attempts to answer the question. If he or she answers correctly, the team receives 10 points. If the answer is incorrect, members of the other team have a chance to buzz in and win the 10 points. In the second quarter, winning a toss-up question earns a team a four-part bonus question, with each correct answer worth five points. There are a total of ten toss-up questions in this quarter, but play may end earlier if four questions have been answered correctly and all four of the possible four-part bonus questions have been awarded. In the third quarter, the team with the lowest score will choose first from three categories of ten questions each. Each of the ten questions is worth ten points, and, if a team answers all ten correctly, they receive a twenty-point bonus. Any questions which are passed or answered incorrectly are then asked of the other team for ten points each, and then the other team are asked the ten questions from the category they picked in the same way.