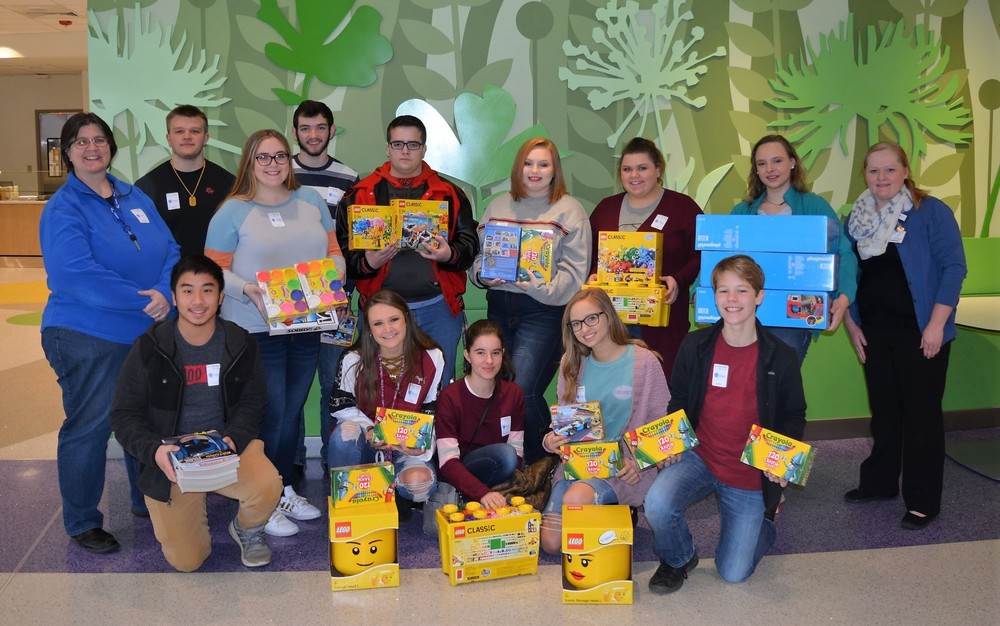 What began during Fall Break in October with an Up All Night Fundraiser came to fruition January 10 as 12 members of the Magazine High School Beta Club delivered toys and care packages to Arkansas Children’s Hospital Northwest.  Club members raised $580, shopped for wish list items, assembled care packages, and made the delivery, all during school breaks.  The group was greeted and treated to lunch by Diana Abrahamson McDaniel, Magazine Class of 2000 and Beta alumna, who is Vice President of Operations for the hospital. Afterwards, they received a tour of the facilities and were thoroughly impressed.