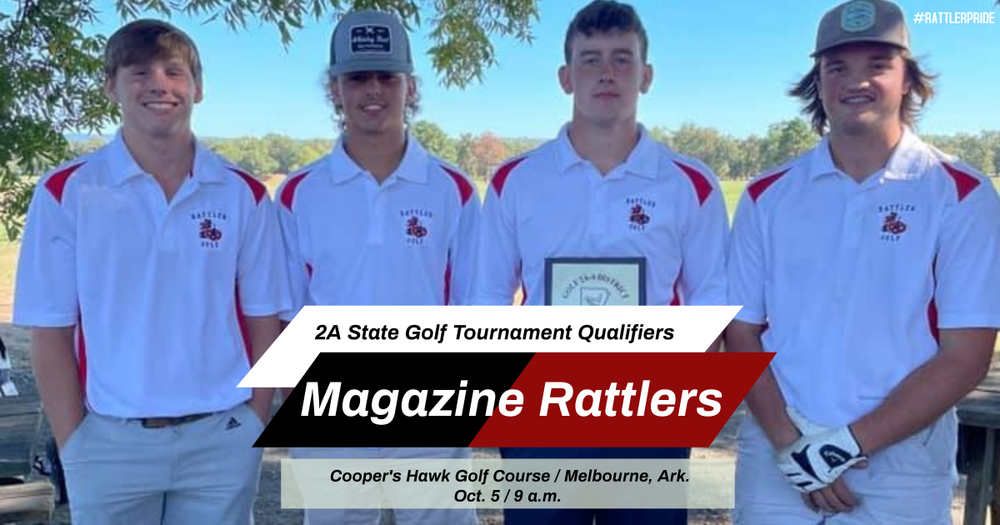 Good Luck to Our Rattlers in the Upcoming State Golf Tournament

The Magazine boys golf team recently posted a runner-up finish in the 2A-4 Conference tournament to earn a ticket to the upcoming Class 2A state tournament.

“We were in first place, and we were waiting for the last two groups to come in,” Magazine coach Buck Chappell recalled. “We had it figured that Mountainburg’s third-best player had to shoot a 132 to tie us, and he shot a 130. Mountainburg won it with a 315, and we came in second with a 317.”

The Rattlers earned a berth in the state tournament, which will be hosted by Cooper’s Hawk Golf Course in Melbourne. A practice round is scheduled for Monday with the one-day tournament scheduled for a 9 a.m. start on Tuesday.

“It’s the No. 1-rated public golf course in Arkansas,” Chappell said. “We are looking to score better at state and have a shot at the state title.”