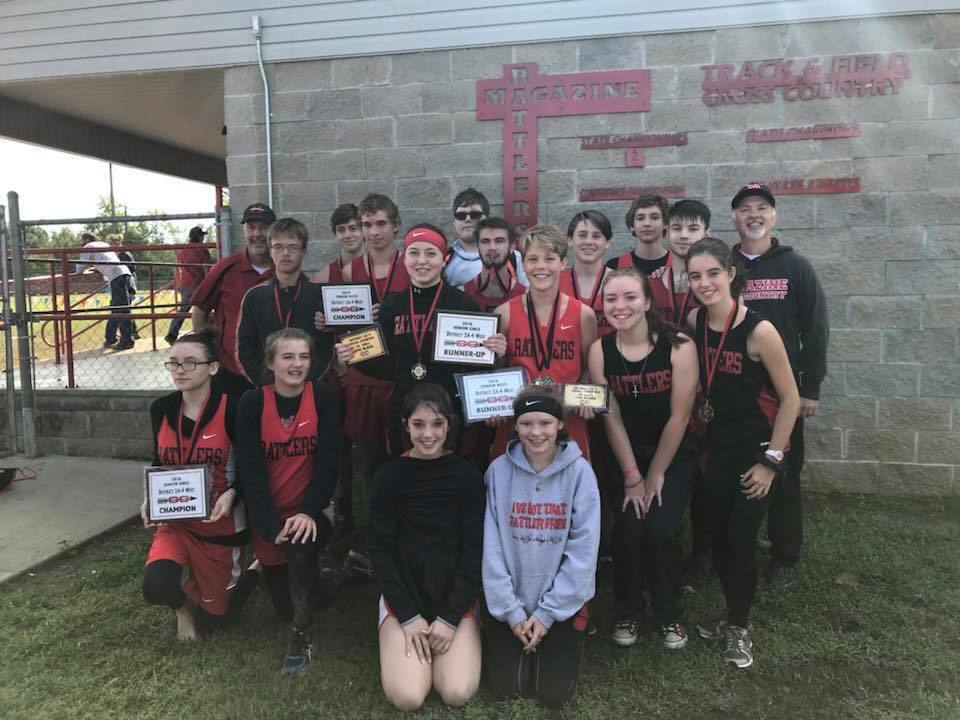 What a day to be a Rattler!!!! Two District Championships (Sr. Boys and Jr. Girls), two District Runnersup (Sr. Girls and Jr. Boys), an individual District Champion - Levi Wright, and loads of medalists! Awesome group of kids! Fantastic parents! The best volunteers at any meet! Add our great community support and it was the best meet. And lots and lots of mud! Was cool for my greatest male distance runner from the past, Travis Williams, to recognize my best runner now as District Champion today. Yes, it was a great day to be a Rattler!!!! Thanks for all the pics too. Rattler Pride!     The following were named All Conference: