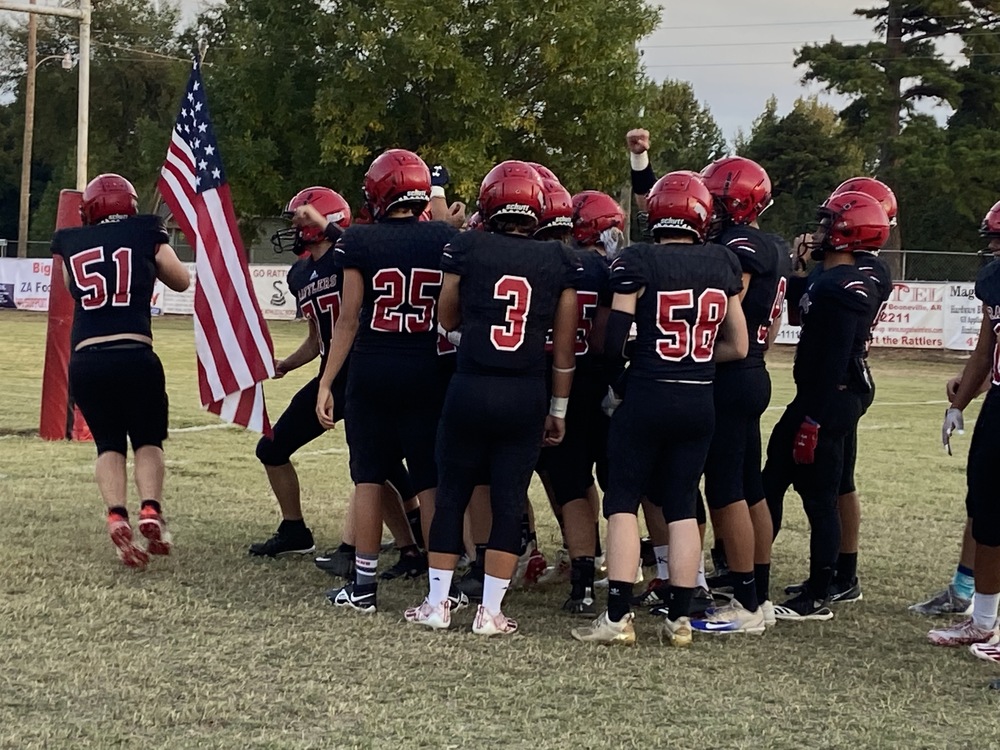 Rattlers Fall Short In Hard-Fought Battle With No. 1 Panthers

MAGAZINE – Senior all-purpose back Ashton Droemer scored a pair of second-half rushing touchdowns on Friday night for the Magazine Rattlers, who lost a hard-fought game 52-14 to the No. 1-ranked and defending 2A-4 Conference champion Bigelow Panthers at Shorty Wright Field at Diamondback Stadium.

It was the conference opener for both teams. The Rattlers (1-2, 0-1) were coming off a nonconference win against Waldron’s junior varsity team two weeks ago, while the Panthers (4-0, 1-0), who are ranked No. 1 in two statewide 2A polls and No. 4 in another, won their fourth game in a row.

Magazine took advantage of a rare Bigelow mistake early in the third quarter. The Panthers were forced to punt on their first possession of the second half, but the snap sailed high over the head of punter Joe Phillips.

Phillips picked up the high snap but was tackled at the Panther 5-yard line. The Rattlers needed only two plays to score their first touchdown. Droemer carried for no gain on the first play of the ensuing drive but slipped outside and tip-toed into the top right corner of the end zone with 6:32 left in the third quarter.

Carlos Marcos’ extra-point attempt split the uprights to make it 46-7.

The Rattler defense held the Panthers to just one first down on their ensuing possession and forced them to punt. Taking over at its own 10-yard line, the Magazine marched 90 yards in just three plays to score its second touchdown.

Quarterback Hayden Littleton ignited the Rattlers’ second scoring drive with a 71-yard toss to running back James Haugh, who was finally dragged down at the Panther 19-yard line. Littleton then ran for 7 yards before Droemer scored his second touchdown on a 12-yard run with 9:41 left in the fourth quarter.

Marcos again connected on the extra-point try, pulling the Rattlers within 46-14. Bigelow, which led 46-0 at halftime, added a late touchdown, returning the ensuing kickoff for a touchdown.

The Rattlers return to conference play next Friday night when they play the Dragons at Mountainburg. The Dragons beat the Johnson County Westside Rebels 12-8 in the conference opener for both teams.